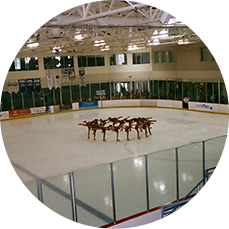 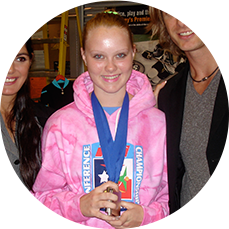 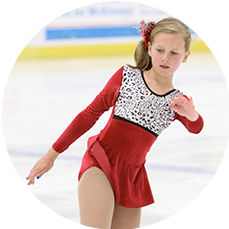 Where It All Began…

Our ISI recreational competitions began as a small in-house event at the Robert Unger School of Ice Skating in 1969. These events continue to grow across the country — and even around the world, in Asia and the Middle East!

“The first competition had practically no rules, except good sportsmanship, ethics and the attitude ‘This is not the last day of your life.’ I remember giving seminars on sportsmanship and team spirit,” recalled Mr. Robert Unger, also known as “the father of ISI competitions.” “People would be concerned that I did not cover technical questions. My attitude was that all the questions or arguments could be solved in the spirit of friendship.”

In 2009, Robert Unger skaters celebrated the 40th anniversary of the Mississippi Valley Competition. Skaters returned to Knoxville, TN, to share memories of all their past competitions. Many of these same skaters continue to be very active in ISI today as skating directors and coaches.

The history of recreational competitions continues to grow as each new generation participates in ISI’s innovative programs. The Robert Unger philosophy of “something for everyone” is certainly shared by ISI. New events such as Creative Figures and Free Dance have been developed and introduced at the Mississippi Valley competition.

The local, regional, district and national competition that each of you enjoy continues to have a very bright future, thanks to the pioneering work of Robert Unger. Although Mr. Unger passed away in 2007, we remember his lasting contribution by presenting our annual Winter Classic Overall Team Champion trophy in his honor. 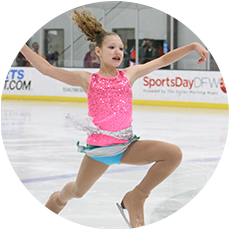 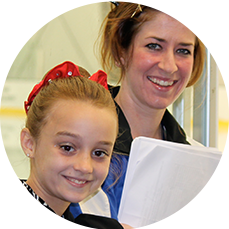 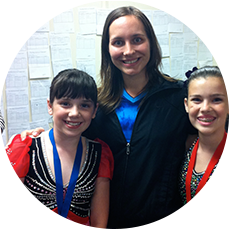 The Michael Booker Trophy is awarded to the team that accumulates the most overall team points at the annual ISI World Recreational Team Championships.

A native of London , Mr. Booker was England ’s youngest men’s figure skating champion, a title he won six times (1952-57). He captured gold in figures, free skating, dance and pairs, and took second place in the European Championships, fifth in Worlds and sixth in the 1965 Winter Olympic Games.

His career included a variety of business successes, including serving as vice president of the Ice Capades Chalet division, which had five rinks when he arrived. Over the course of his tenure, Ice Capades operated more than two dozen facilities. His last assignment with the company involved working with Donald Trump and the city of New York to refurbish and open Wollman Rink in Central Park.

Mr. Booker was introduced to ISI when he was invited to be a speaker at the 1968 ISI conference in Chicago . He went on to serve as ISI president from 1979 to 1985. Under his leadership, ISI launched its World Recreational Team Championships; the first male and female Freestyle 10 tests were passed; ISI’s first international recreational team appeared in Dubai ; and the ISI Lifetime Achievement Award was established.

A champion skater who knew how to make his students feel like champions, Mr. Booker was named ISI Man of the Year in 1984, elected to the ISI Ice Skating Hall of Fame in 1991 and earned the ISI Lifetime Achievement Award in 1993.

Retired and residing primarily on the island of Mallorca, Spain, with his wife, Fiona, Mr. Booker remains a familiar face at major ISI events. 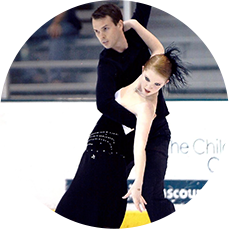 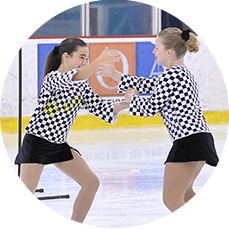 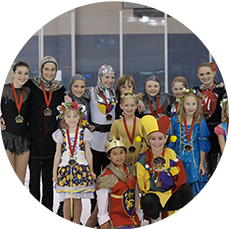 The Boyd Wietecter Trophy is awarded to the team that wins the Teen Premier Round at the annual ISI Synchronized Skating Championships.

Known as “The Voice of ISI,” Boyd Wietecter (1939-2008) believed in the joys of recreational ice skating.

He demonstrated his commitment to the ice arena industry and its patrons by serving and representing ISI both behind the scenes and on the scene for more than 30 years. He was a familiar, welcoming presence at national competitions, where his reassuring voice, seamless transitions and calming influence made him a sought-after event announcer.

Mr. Wietecter was elected to the ISI board of directors as District 9 representative in 1979, vice president in 1985 and to two terms as president beginning in 1993. He was a founder and the first president of the ISI Education Foundation, which awarded its first scholarships in 1990.

His countless contributions were recognized with ISI’s Man of the Year, Great Skate and ISI Lifetime Achievement awards. He was named to the ISI Hall of Fame in 2002, the year of his retirement, after 35 years of full-time employment with St. Louis County Parks, including 26 years as director of the Wayne C. Kennedy Complex. 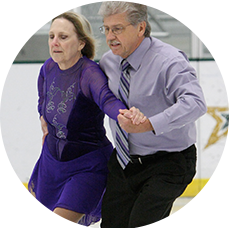 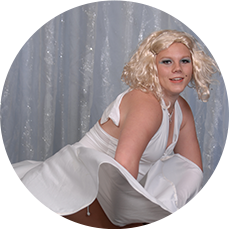 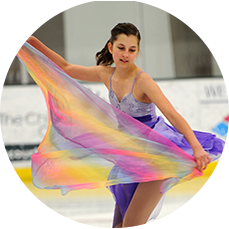 The Erika Amundsen Trophy is awarded to the team that accumulates the most overall team points in the ISI Adult Championships.

A coaching legend who touched the lives of generations of skaters and coaches, Erika Amundsen (1925-2005) was a passionate ambassador for the ISI and put adult recreational skating on the map.

Mrs. Amundsen began skating at age 5 in her native Germany , training in the Alps each winter and participating in competitions by the age of 8. A student of ballet and modern dance, she competed in singles and ice dancing events, advancing to state champion status and qualifying for the German Nationals before World War II put a hold on the competitions and canceled the 1940 and 1944 Olympics.

Everywhere she lived, Mrs. Amundsen kept ice skating in her life and shared it with others. She taught skating in Tokyo , launched her first skating school in Louisville, KY, and started the first ISI school in Hong Kong after befriending a Chinese coach at an ISI conference.

Along with another ISI legend, Robert Unger, Mrs. Amundsen pioneered and helped write the book on team recreational skating. She formed and coached several award-winning adult teams — the Sophisti-Skates, Moms on Ice and Tropical Spice on Ice — and will always be remembered as the mother of the ISI Adult Championships event.

A longtime ISI board member, Mrs. Amundsen was honored in 1997 as the ISI Woman of the Year. The Institute also has created a special award in her name, recognizing individuals who have had a significant and lasting impact on ISI programs and activities.